Fire on the Wind

Man and a 200 year old flying machine take their endurance to the extreme with an attempt to fly over the most breathtaking panorama on earth.

In October 1991, two men in a basket made history – they became the first to ever fly to the summit of the world in a hot air balloon. 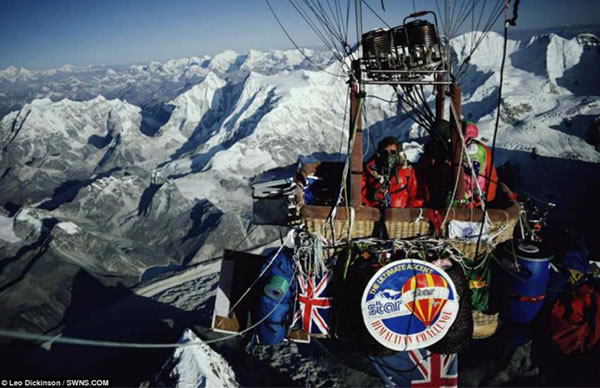