Legion of the Damned

There is no army in the world surrounded by more mystique than the French Foreign Legion. When France wants a rapid response force to join allies in the Gulf war they call in the Legion – an army of foreigners willing to do the dirty work for France. But how does the Legion take a bunch of misfits, criminals and gung-ho mercenaries from all over the world and transform them into a disciplined fighting machine.

Through the experiences of two Australians who join the Legion, this film unveils the secrets of this extraordinary army of monk soldiers.
A National Geographic Commission.
Rated: E (exempt from classification)
Duration: 56 mins
Released: 1991 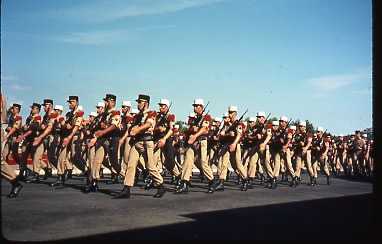