Pedal power on the Russian back roads to Beijing …

Two young men, embark on a grand adventure & cycle from Moscow to Beijing. Their amazing journey on their pedal powered armchairs took them across the great Russian tundra, through the dense Taiga forest and finally the Gobi desert on the high Mongolian plateau to Tiananmen Square. 11,000 kms in 13 months. The journey was forbidden from the outset. Thieves would attack them and steal everything within the first 100ks … the winter would freeze them … they would drown in the spring thaw … the Mafia would terrorize them … they would be eaten alive by Siberian mosquitoes, and finally they would be lost forever in the Gobi desert.

Off the Rails is not a story about cycling, or even travel. Its is about two people who embark on a voyage of discovery about the world and themselves.
For ABC Australia.National Geographic
Winner- Man and Mountain FilmFestival, Teplice, Czech Republic 2002
Winner – Best Adventure Film – Graz Festival Austria .2002
Winner – Grand Prize – Poprad Mountain Film Festival Slovakia 2003 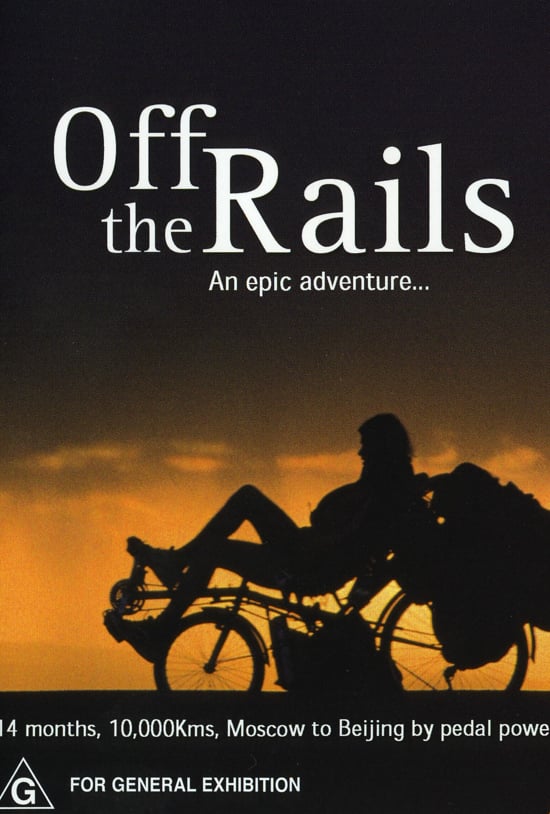