The ‘Bonnie & Clyde’ life style of two B.A.S.E jumpers and the motivations which drive them to take extreme personal RISK. And in our world of speed bumps and smoke-free zones, the need for RISK reflects on the nature of the world we live in. The search for the meaning of RISK is a marker of where society is at today.

This film explores the phenomena of RISK. Through our characters; Chuck Berry, Mark Whetu, and Femke Kaag, we learn the reasons why they and others like them, have chosen to make danger such an integral part of their lifestyles. We become involved in their lives, their relationships and their passions; B.A.S.E – jumping, mountaineering and hang-gliding. Through them we access the hierarchy of Queenstowns RISK – takers. We see the preparation, commitment and belief systems which enable them to continue RISKing their lives even as friends and comrades die.

It focuses on the culture of RISK in Queenstown, New Zealand, a town that has been described as the hyperactivity capital of the world and a global metaphor for RISK – commercial and otherwise.

Living in the community is a small group whose sporting activities often place them in situations of extreme personal RISK. We search for realistic answers as to what motivates them, rather than simply because it is there. 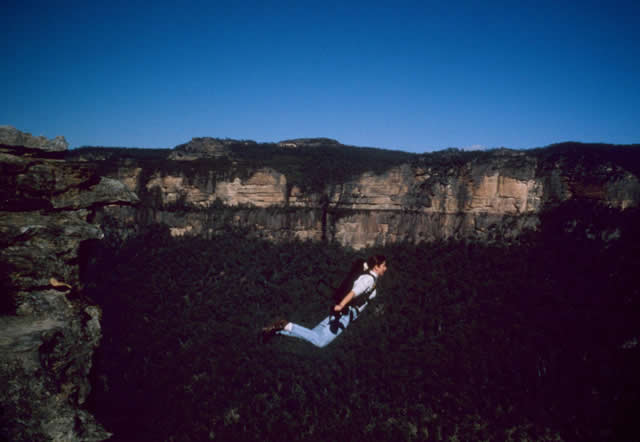 This film goes beyond a sensationalist romp through the world of extreme sports. We follow our characters to see what light they can throw on their motivations and the cult of extreme RISK.

Our search for answers on the phenomena of RISK forces us to tap into basic emotions, exploring personal challenge, peer pressure and our own internal boundaries. RISK taking is a trait that has evolved from prehistoric times, a trait once essential for survival but which now seems more likely to jeopardise survival. It is a route to our prehistoric selves.

We examine the rewards of RISK taking; survival; sexual selection; and what attracts us to our mates. We question our genetic predisposition for certain behavior, asking whether RISK – takers are a special breed.

And in our world of speed bumps and smoke-free zones, the need for RISK reflects on the nature of the world we live in. The search for the meaning of RISK is a marker of where society is at today.